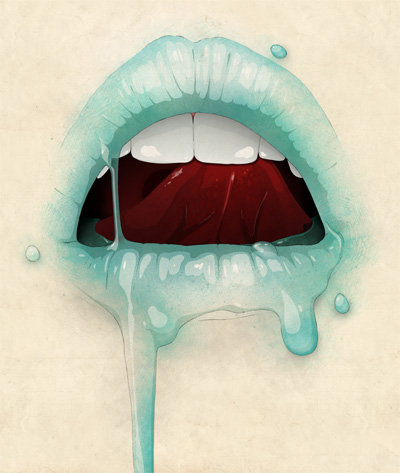 Jason, you're better known by the online moniker 'Stuntkid'
Is this nickname linked to your artistic career somehow?

Haha, no, not really.
I used to say "a stunt is something unusual done for attention" which sort of describes what i do, but it's kind of lame. Back in 2001 when i registered the domain name stuntkid.com i was dirtboarding a lot and taking a lot of spills. The "stunt" name had more to do with activities outside of art. You describe yourself as a self taught artist.
What's the best of being a self will artist?

I don't know if it's necessarily a good thing.
Being self taught often feels like taking the slow road.
Now that i have children of my own who are pursuing arts i'm really encouraging them to take advantage of the educational opportunities available to them. That's not to say I'm not happy with where I am now. In art school I would have been forced to experiment with different mediums which i'm sure would have helped me along the way.
Especially now, when I am trying to pursue mediums outside of digital. 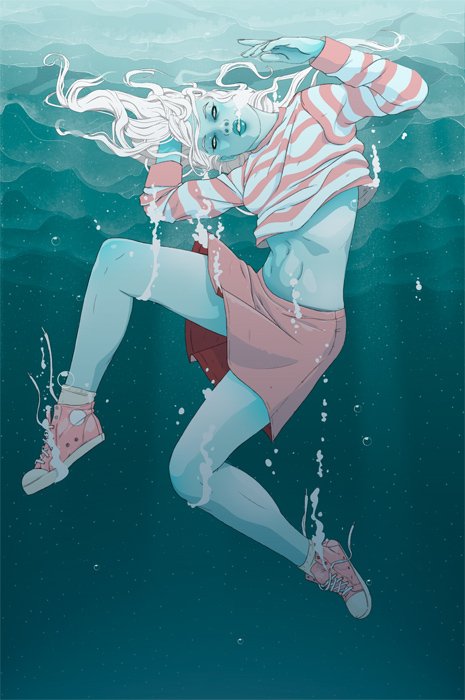 5 things that mostly influence your art.


Biology, i read a lot of science and often get inspired by whatever subject i'm studying at the time.
My favorite artists inspire me, i have a short list of amazingly talented people i look up to and their work really motivates me to push myself.
My wife influences me by providing critiques for my work before the public gets their eyes on it. Many times i've been ready to publish something only to have her suggest i put more time into it. It always turns out for the better.
My fans also have a huge influence in my work. After all, i am here to sell art and the overall response i get from fans does help me find direction.
I don't think i have a fifth. Perhaps the fifth influence is something greater than i can see. Maybe it's the larger trend in artwork of which i'm a very small part. 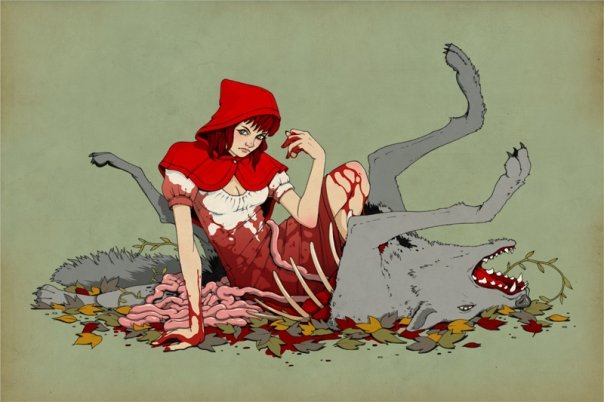 If you were a color, which color would you be?


I want to be cuttlefish colored so i could change my color all the time.
Maybe i can gene-splice in some chromatophores under this milk skin I was born with. 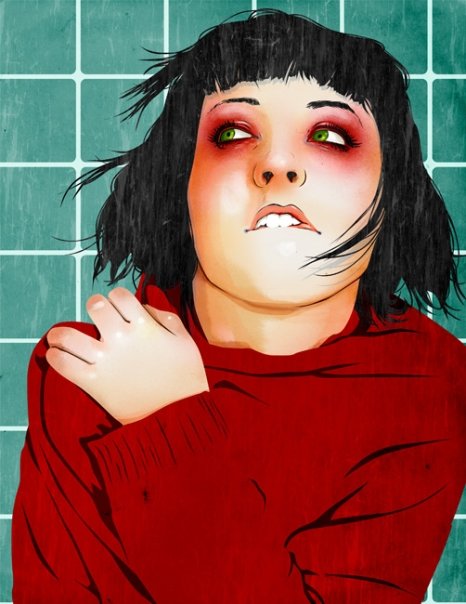 I know you love bugs. Why?


I've always been fascinated with insects.
I've never really considered why. Perhaps because they are the the most easily encountered wildlife you encounter as a child.
As an adult i find that i can grab my camera and go on safari without leaving my yard. The scale is very small but there is so much to discover. 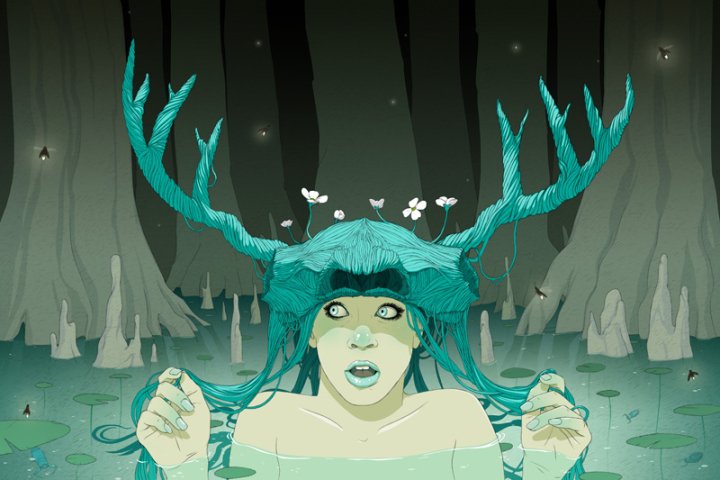 Is your wife an artist too?


She is, our mutual interest in art actually brought us together.
It's worked out quite well, we spend nearly every night together doing art at our large combined desk. I've been in relationships before where my dedication to art came off as neglect but with Elizabeth that's not the case because we're both working on something. You can find her work at http://www.lizzelizzel.com/ 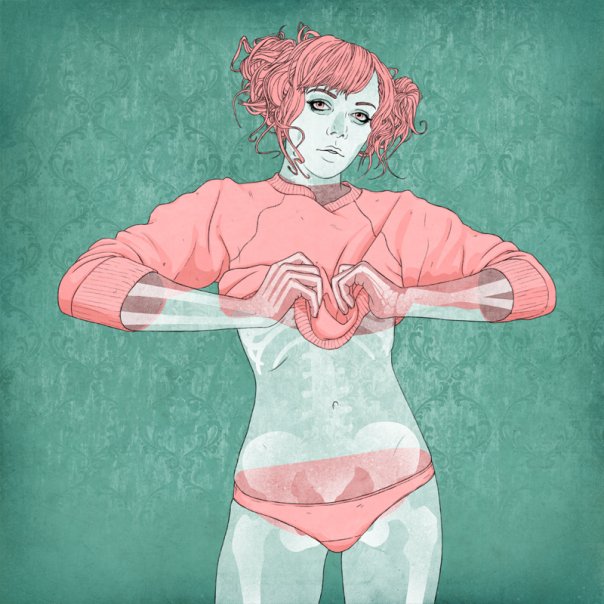 Apnea - for the Anatomically Correct show.

What are you working on right now?

It's October, so i'm in the Holloween spirit.
I'm cranking through some zombie themed pieces then I'm working on a body of work for an upcoming exhibition.
I also just wrapped up some t-shirt designs for a huge client, though since these won't be out until mid-next year i can't share the details yet. 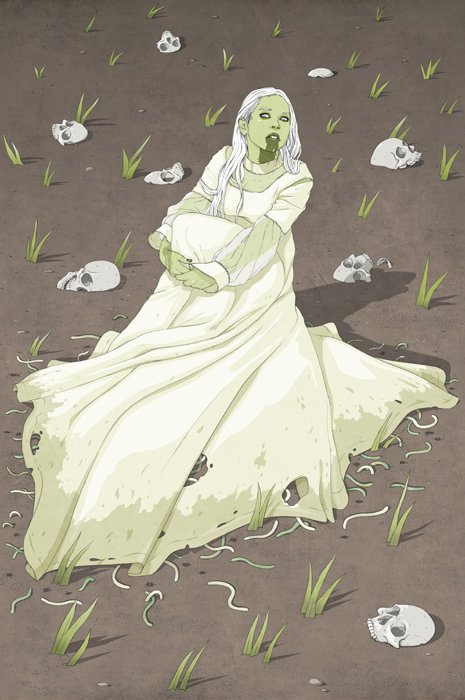 Have you ever exhibited in Europe?

Yes, I participated in group show last year in Paris at the Toast Gallery and before that i showed in London in a show titled "Two Faced".
I'm looking forward to showing again in Europe next year. I have one show with Conrad Roset in Barcelona and hopefully a show London as well.
This will be my first time traveling to Europe, so i'm very excited about these two shows. 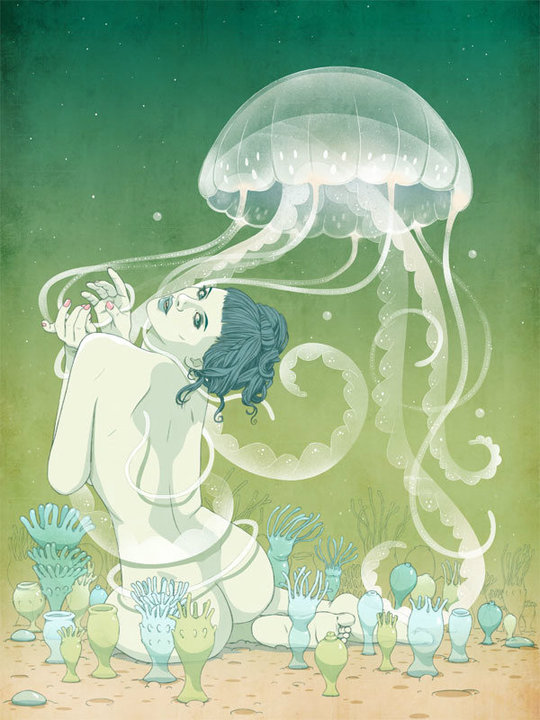 Thanks for the interview, I'm really looking forward to exhibiting in Europe next year.