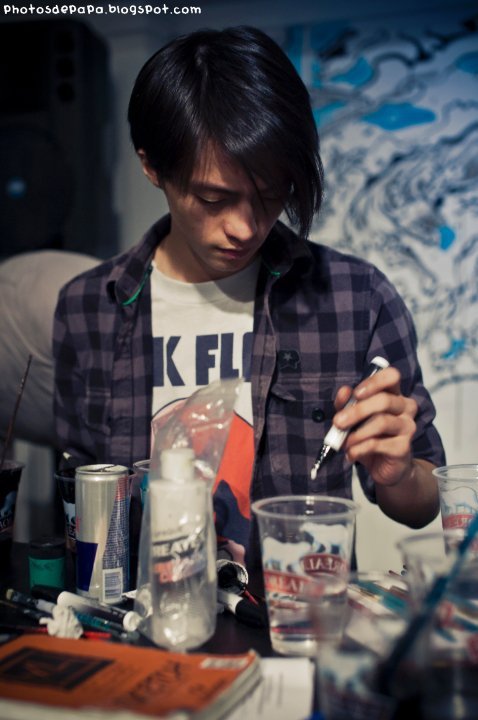 
I am 18 terrestrial years old. 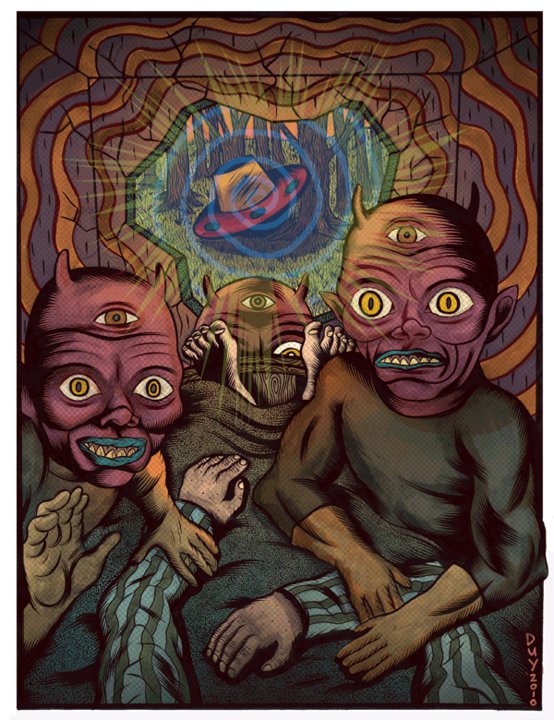 . Tell me about your origins.


I was born in 1992, April 17th in the Indonesian Red Cross Galang Hospital, on a refugee camp, right after my parent quit the Communist Party of Vietnam the same year. My mother is half Vietnamess and half American, my father is half Cambodian and half Chinese.
Hopefully in 1993, my family arrived to Canada and I grew up in the province of Quebec where we speak French, in Sherbrooke city.
I now live since 1 year in Montreal in the English area, NDG(Notre-Dame-de-Grâce).
I predict myself to be, in a few years, living on another planet to raise a bunch of Extra-Terrestrial kids... 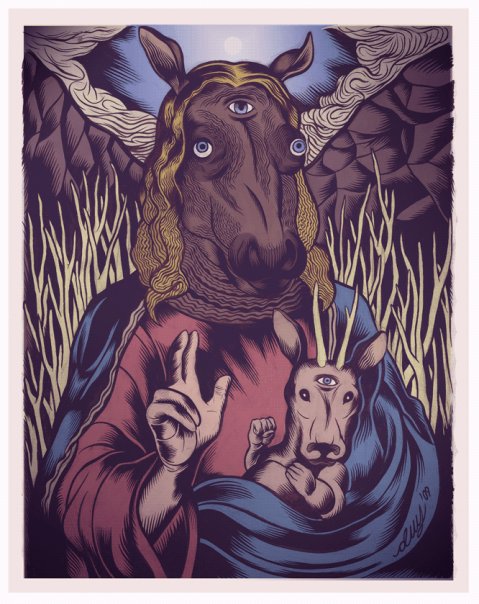 . How many hours do you spend in a day drawing/painting?


Since a year, 8 to 13 hours a day approximately. I am mostly working on my stuff during the whole night, it's the best period in a day for me to be creative and inspired... I have always spent a lot of time and energy since I'm a kid on drawing, it's almost vital for me I guess.
I just can't imagine myself doing anything else than what I am doing and it's been clear in my head since my really young age. 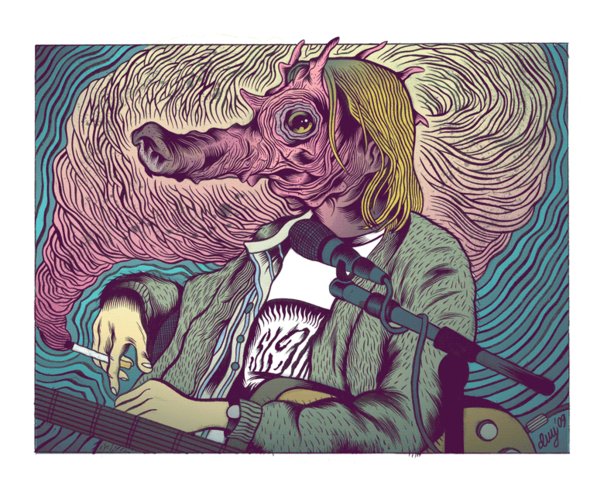 
1 - Violence, power trip and machismo
2 - Ignorant people with racial, sexual, social and cultural prejudices
3 - Horrible commercial music on the radio and television
4 - The Capitalism and Auto-destructive society in wich we are living (Capitalist Society )
5 - The lack of truth from our Governments about the intelligent Extraterrestrial life and technology. We need a disclosure! 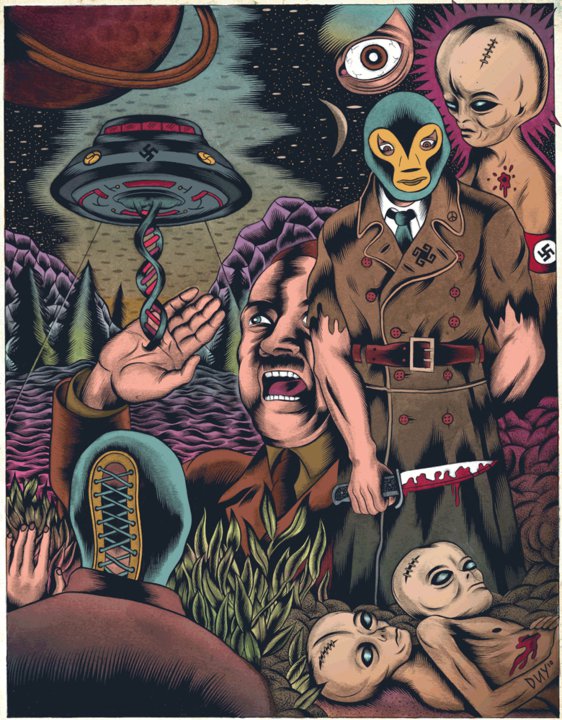 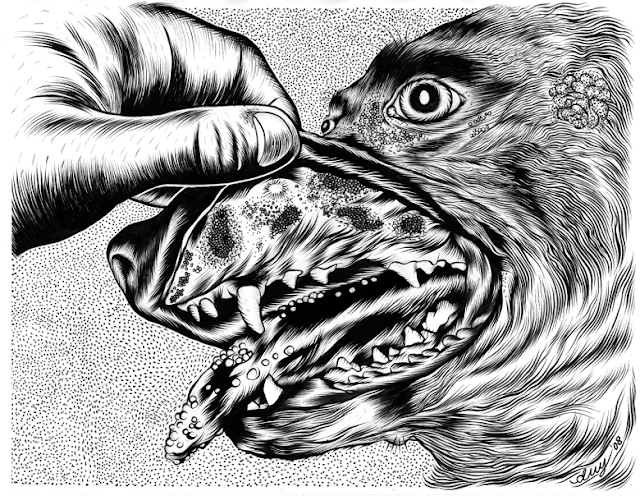 The best piece I have ever done is the one I did at 16 yr old on my dog Pussy. It was during summertime, school was about to begin, my friends were still on vacation out of town and I just finished reading Black Hole from Charles Burns few days before... Into the Boredom mood, I decided to draw my dog in a very twisted, repugnant and realistic way possible.
It turns out that she had a weird consuming disease into her mouth and face. I love my Pussy... 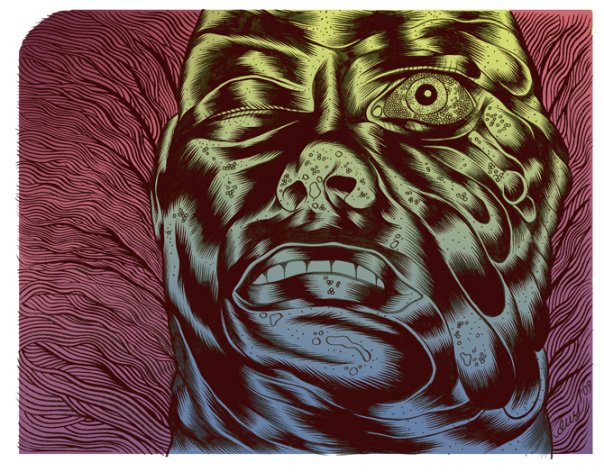 . What are you working on right now?


Right now, I am working on a project for Le Cirque du Soleil(http://www.cirquedusoleil.com/en/welcome.aspx), an collective Exhibition in France with E.E.N.C. (En l'Encre Nous Croyons; http://www.myspace.com/eenc), Illustrations for a book about artists whos influence by Mexican Pop Culture lead by Jorge Alderete artist and general editor with the London based publisher Korero (http://www.korerobooks.co.uk).
I am also actively working on submissions for international collectives and fanzines and participating on few live murals paintings events and festivals with the Montreal based collective EN MASSE(http://www.enmasse.info) and others regroupment. 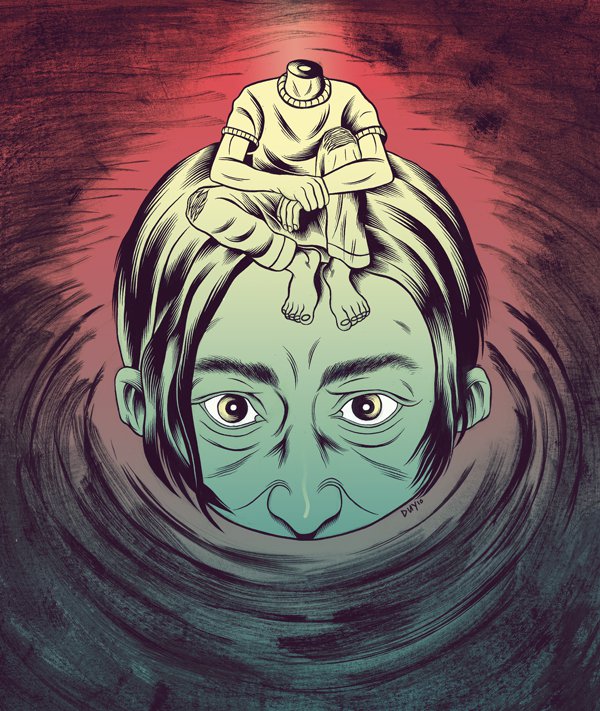 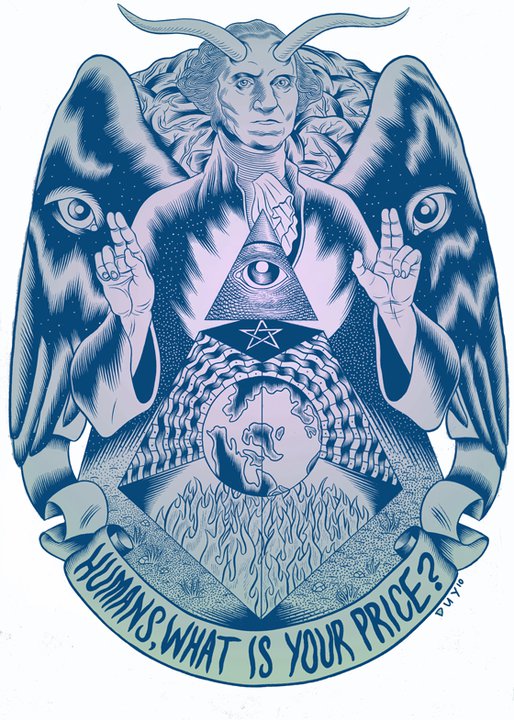 http://www.goodvsevilmagazine.com/
Posted by Daniela Petkovic at 13:50