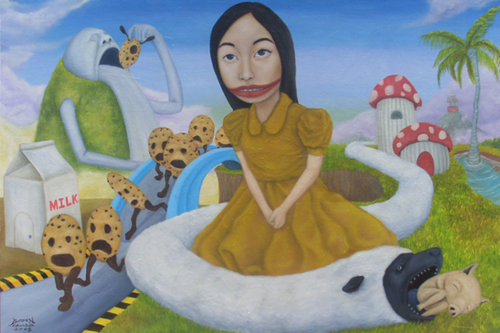 Hi Bjorn, you wrote about yourself: “ I’m the infection… I’m unhappy… I’m unlucky… do avoid me”. This description seems to clash with most of the sources of your work such as children/ childhood, Saturday morning cartoons, comics, children’ s book, fairy tales and nursery rhymes. Right?


It doesn't really clash with them... the great thing about the cartoon and children stuff is that they are really mature, sa, violent and chaotic underneath but could never be viewed that way... them nursery rhymes killed humpty dumpty and jack... I might be an unhappy person with pretty happy art but the messages really lie beneath what could be seen... people have to feel my paintings in order to relate with them... 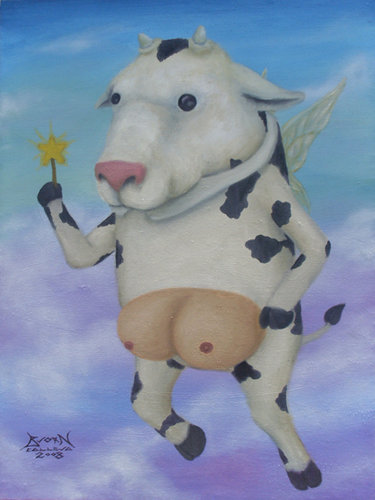 
I'm an 80's kid so i'm kinda hooked on 80's cartoons... from ren and stimpy and garbage patch kids to tom and jerry and mickey mouse, transformers and all those kiddie stuff... the weird the yucky and some cool stuff 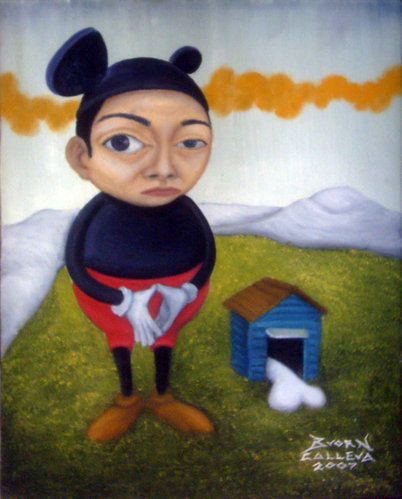 Your works remind us of Alice In Wonderland, Peter Pan, The Little Prince; suddenly we have been catapulted into another dimension which is a mix of genres that also includes contrasting elements with those told before. What are they?


I'm not trying to retell their stories or interpret them visually... i usually extract characters from their stories and make new ones based on how i see them or relate them to how i see life... the elements just pop out of the canvas... most mean something and are based on people i know. 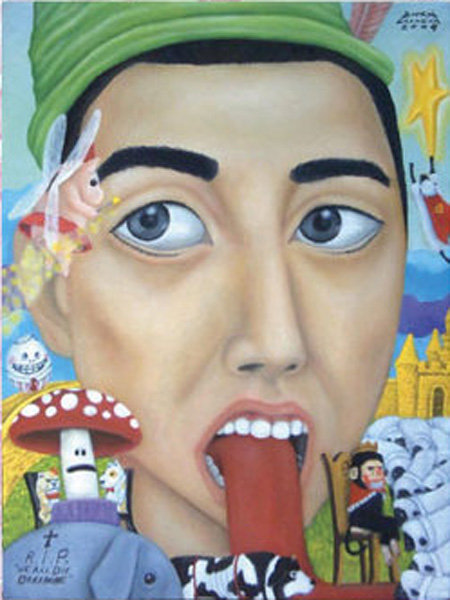 You’re from Manila, Philippines. It means that you’re so far from the crucial point of Lowbrow and Surrealism movement. How did you get in contact with those two?


The philippines have always been subconsciously influenced by everything western... from fast food to fashion and art... i wasn't really aware of the movement when i started painting but slowly i was being devoured by the history and culture of it and somehow localized and adopted where it stands... plus the internet makes the world pretty small... 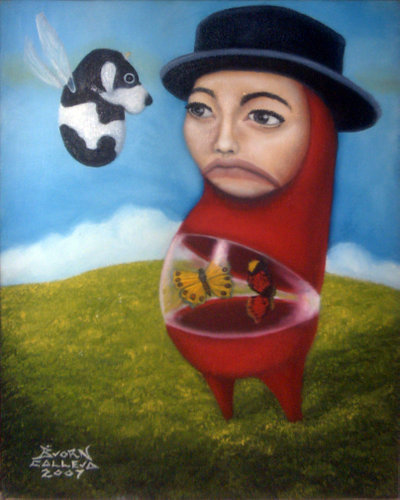 On the contrary, how much has your origin influenced your artwork?


Guess it's the way i think... we all are products of our environment, we are the sum of all the people, places and events we have encountered in our lives. 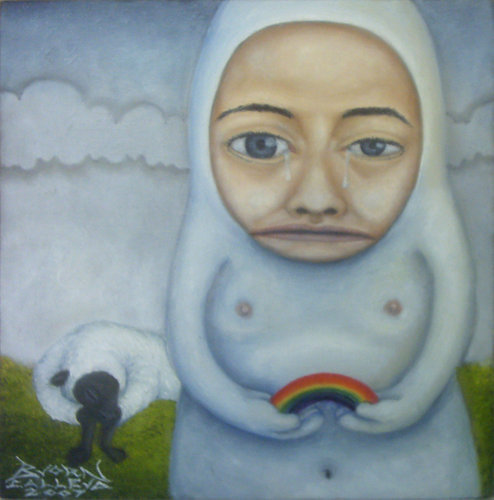 Your paintings and drawings are full of nature. What is nature to you?


Nature is where our world is planted... 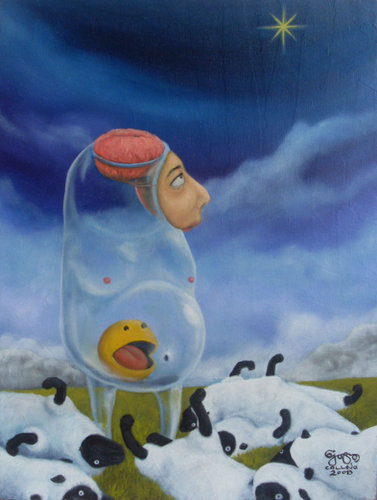 
Some group shows here in Manila, a 5 man beatles tribute in august and my second solo show in september. 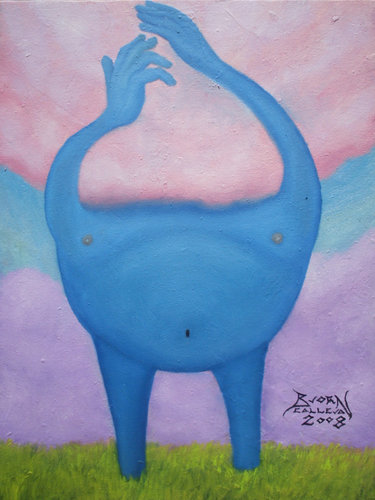 Among your works there’s one entitled The Reality Show. It represents a family in which no one seems to be happy, they’re all just resigned. Please, tell me more about it.


The reality show was based on a local family man's life, social reality ... we have jeepneys and tricycles here for public transportation and these drivers don't really make enough to feed their families... we are a third world country and issues like poverty is so common to filipinos. I was a jeepney driver's son so i believe i have experienced this first hand. 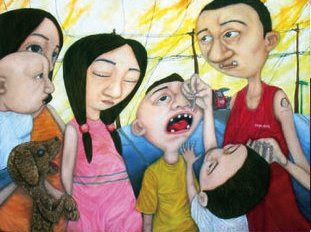 What does make you feel good?

Making art that could be appreciated, music and long walks alone. 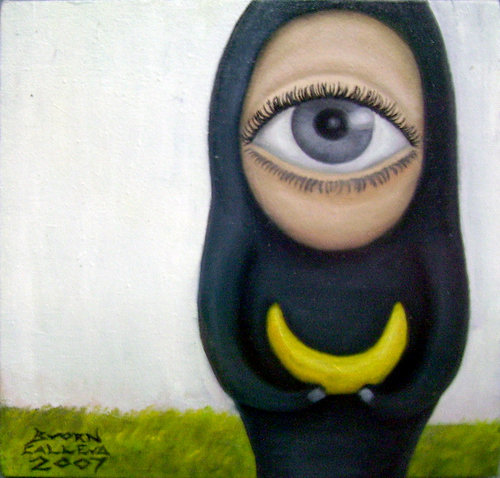 Posted by Daniela Petkovic at 11:33

Amazing artist! I really like the childhood influences and the idea of nature. ;)

Wow, your paint are so beautiful!!!